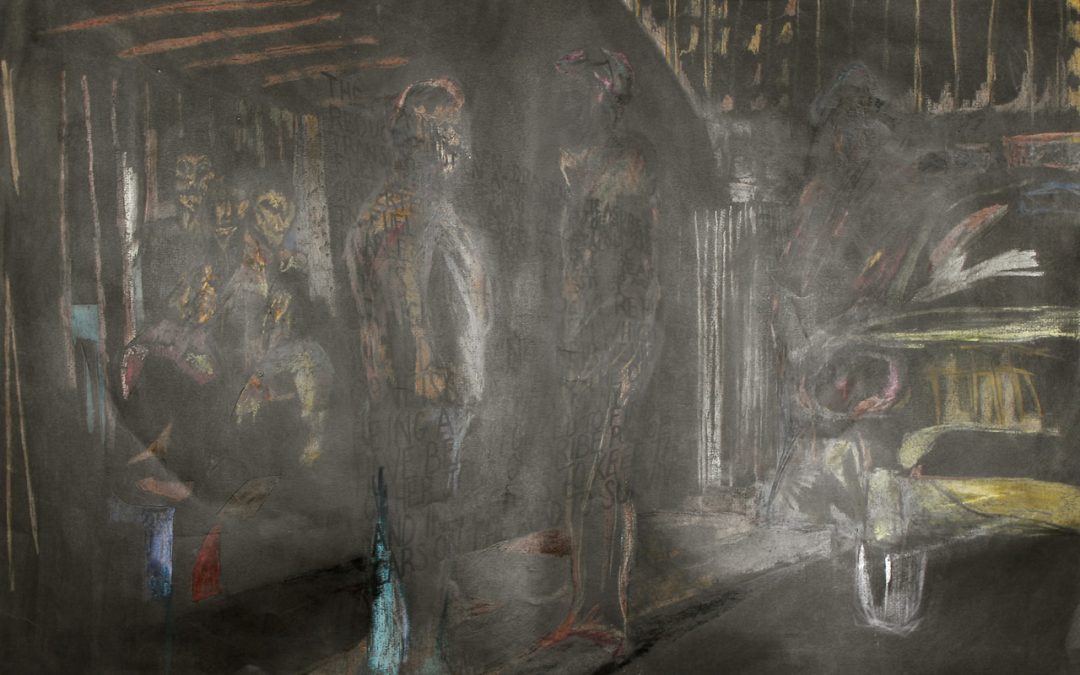 Description:
Taxi was inspired by a newspaper article about the plight of Taxi drivers in Mexico City. There is text in the center of the drawing from an ariticle that appeared in the Fort St. John paper “City Light News” on May 16th, 1989.Unfortunately, even by the year 2006, the situation for Taxi drivers, and for the citizens of Mexico City, has not improved. Mexico City is still considered one of the “most polluted city in the world”.

“Mexico City has the worst air pollution in the country and ranks among the most polluted cities in the world. Its ozone levels exceed World Health Organization standards 300 days a year, and SEMARNAT has estimated that the air in Ciudad Juarez is 40% less contaminated than in the capital. Exhaust fumes from Mexico City’s estimated 4 million motor vehicles, many of which are old and especially environmentally damaging, are the main source of air pollutants.

The city’s air problem is aggravated by its unique geography. Mexico City resides in a basin more than 7,400 feet above sea level and is surrounded on three sides by mountains. These isolate the city from regional weather disturbances and trap pollution.”
From www.eia.doe.gov
January 2004