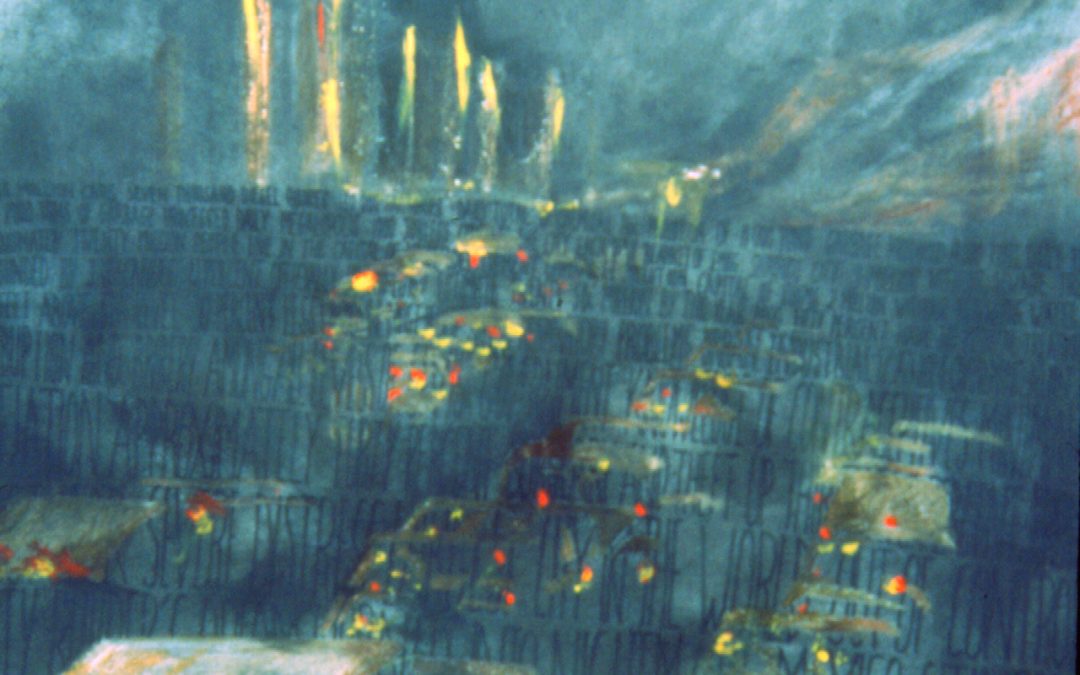 Description:
Mexico City was inspired by a newspaper article about the plight of Taxi drivers in the city. Mexico City is one of the fastest growing cities in the world. It is also one of the most polluted. Taxi drivers were being told by their city council that they would have to upgrade the emissions control on their vehicles at their own expense, while other transit vehicles including the largest fleet of diesel buses in the world did not have to be repaired.

The picture is bleak and disturbing. A paragraph of text through the drawing describes the plight of residents of the city.